Jordan’s 2013 olive harvest kicked off this morning with a small orchard of Arbequina trees near our Merlot vineyard. The fog was thick and the air chilly enough for the pickers to see their breath, but spirits were high. Smiles gleamed across faces all morning because let’s face it: Harvest is the moment we’ve been waiting for, and working toward, all year.

As described in our 2013 harvest report for grapes, this year started with unseasonably warm temperatures during February and March, which made both the grapevines and olive trees flower and bear fruit about 2-3 earlier than usual. That said, the remainder of the growing season was marked by moderate weather straight through October, allowing the fruit to ripen slowly and evenly. It’s shaping up to be another great vintage for olive oil lovers.

Because olive trees are alternative bearing, they produce a large crop one year and then a smaller crop the next. The 2012 Jordan Estate Extra Virgin Olive Oil, which was just released last month, came from a bearing year, and 2013 is going to be a small crop. You wouldn’t think so from these pictures taken this morning, but Spanish Arbequina trees produce quite an impressive amount of fruit for their small stature–even in the off years. Our Tuscan olive trees, which make up the majority of our 18 acres, are definitely light on fruit this year, as expected.

We’ll be finished picking Arbequina trees before the weekend and will move onto the Pendolino, Leccino and Frantoio trees next week–about three full weeks before our usual start time. Typically Jordan Estate olives are ready to be picked right around the Thanksgiving holiday, so Ranch Manager Brent Young is thrilled that he’s going to get to spend the entire holiday weekend at home with his family this year. 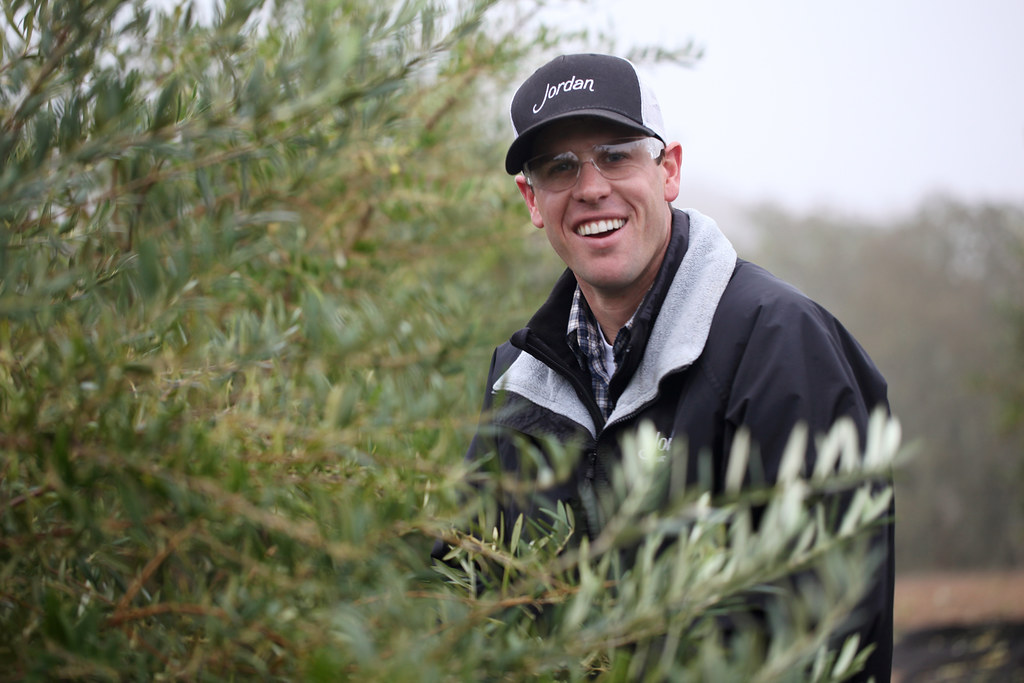 Springtime Snow on the Mountains in Sonoma County

With the digital age comes changes in the way people decide what they eat and drink. Each meal is an opportunity for ...