Fire up the mill–olive harvest has begun. The 2014 olive harvest officially kicked off at Jordan on Monday, October 27, which is about three weeks early for Sonoma County, home to some of California’s best extra virgin olive oil makers. Cue the case of déjà vu.

As mentioned in our grape harvest report, Sonoma County wine country has enjoyed near-perfect weather conditions throughout the growing season, and both grapevines and olive trees progressed through their growing cycles early. Budbreak, flowering and fruit set all happened 2-3 weeks ahead of schedule, and harvest was expectedly no different. This is actually the second year in a row we’ve had an early olive harvest, which made both our chef and our ranch manager very happy. 2014’s ideal weather conditions allowed us to wait and pick each variety of olive at its optimal ripeness; sometimes picking decisions for the late-ripening olive crop, which is typically harvested in late November to early December, are forced upon us by Mother Nature due to fall rains or the threat of frost. Hopefully this string of beautiful vintages for both fine wines and extra virgin olive oil (2012, 2013, 2014) will continue in 2015.

Ranch Manager Brent Young and his team handpicked most of our Spanish Arbequina trees on Monday, using the Italian brucatura method of pulling the olives off the branches and into small buckets around their necks. The gondolas of olives were then whisked away to our partner mill in Hopland for pressing within a few hours to ensure our olive surpasses the top standards for extra virgin olive oil classification. Arbequina olives remain green in color even once ripe (our chef prefers to pick them green) and take on a pinkish-green hue the riper they get. It’s a dramatic contrast to the Italian varieties pictured below.

Tuesday and Wednesday, the picking crew moved onto the oldest portions of our 18 acres of orchards: the Frantoio, Pendolino and Leccino Tuscan olive trees. These Tuscan varieties turn purple once they’re ripe. The Italian trees are also taller and more difficult to handpick, so our crew uses powered “combs” to shake the olives off the limbs onto nets. Our Tuscan olives usually aren’t fully ripe until about two weeks after the Spanish Arbequinas, but nature likes to keep farmers on their toes. All four olive varieties ripened around the same time this year, which gave us more déjà vu. Just eight weeks ago, some of our best Cabernet Sauvignon grapes, which are typically ready to harvest anywhere from two to four weeks after Chardonnay and Merlot, were fully ripe and harvested the first week of September alongside their earlier-ripening counterparts. We finished picking all the fruit late Thursday just as the next fall rainstorm was headed our way. Perfect timing. 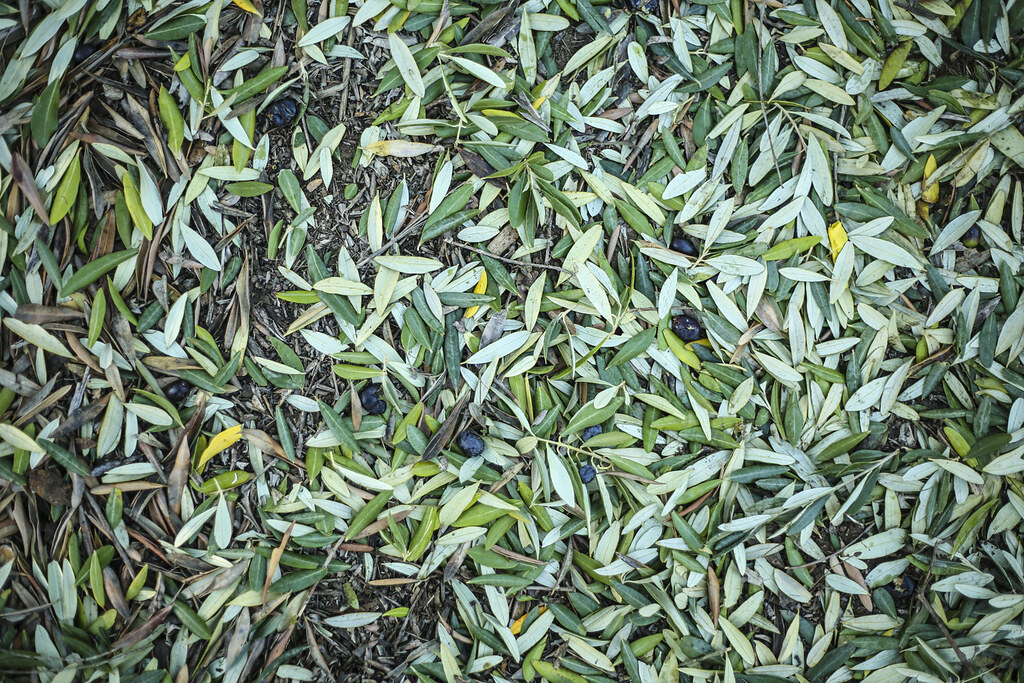 2014 Sonoma County Grape Harvest Report: A Look at the 2014 Growing Season and Harvest

Photo Gallery of the Month: 2016 Olive Harvest at Jordan Winery

Great information on the olives. I never realized the olives were harvested right after the grapes. Wineries of many years past used olive oils to seal their wines from the air since nitrogen was not available to place a layer of “heavier than air” nitrogen on the wine to keep oxygen from oxidizing the wines.

of Couse what you post says is true olive is also using in
the wineries. Many don’t have idea about olive harvest. Useful for all

Jordan Winery has received a 2014 TripAdvisor® Certificate of Excellence award, which recognizes us as one of the best ...