And just like that, the 2013 growing season has come to an end. The last of the Cabernet Sauvignon grapes passed through the destemmer and into the winery around 5 p.m. on Thursday, October 10, 2013. Roughly one month after first clusters were blessed on the Jordan crush deck, it is now time to leave the changing colors of the vineyards behind and focus on the action indoors. Inside the cellar walls, the production team is busy with bâtonnage on the barrel fermented Chardonnay, malolactic fermentation in the oak uprights of the Merlot and Malbec, and pump-overs with the remaining Cabernet Sauvignon and Petit Verdot blocks still undergoing primary fermentation. With harvest completed, the outcome of the relentless viticultural attention required to compete with Mother Nature’s authority this year is clearly present throughout the winery in the form of rewarding, perfumy esters.  It is the marking of yet another stellar Jordan vintage.

For a summary of wine quality once 2013 wines were released, visit our blog, Was 2013 a Good Year for California Wine?

While the captivating aromas in the winery truly sum it up best in regards to quality, the specifics of the 2013 season could be described as, well, early. Vintage 2013 started out as one of the driest and warmest seasons on record. February Sonoma temperatures hit warm highs in the ‘60s in all but one day, shockingly dragging vines out of winter dormancy in a few of our Russian River Chardonnay blocks weeks before the scare of night-time frost would even begin to dwindle.  March answered in the ‘70s, bringing an early budbreak amongst our Bordeaux varieties in the Alexander Valley. To the relief and good fortune of Sonoma’s winegrowers, night temperatures never dipped below 33°F, and excitement about a pre-rain harvest began to mount.  Forty-mph wind gusts through the Russian River Valley on April 14 were the first real threat to the developing shoots of our Chardonnay vines, and although we once again prevailed unscathed, it was a delicate hint of what was to come. May mercury levels expanded into the ‘90s, and following the example set by budbreak, flowering also commenced three weeks early. With no adverse weather to interrupt pollination, fruit set occurred briskly and beautifully in mid-May for Chardonnay and early June for Bordeaux varieties, with berries of uniform size and overall yields comparable to the bountiful 2012.

In regards to growing conditions, the 2013 season was progressing in a manner that seemed almost too good to be true, and of course, that usually means it is. On June 23, brooding, nimbus clouds cast a shadow over the North Bay and dropped a little over a half-inch of rain across Sonoma and Napa. While this unseasonal precipitation volume barely dented the annual rainfall average, the days-on-end of high temperatures and 100 percent humidity that followed into the upper half of July increased the chance for mildew pressure in the vineyards. For viticulturists who thoughtfully positioned their grapevine shoots, properly thinned and balanced the high-yielding crop, judiciously applied vineyard applications and leafed the morning side of the vine rows to aid sun exposure and air movement, losses in both quantity and quality were minimized. The long hours that Ranch Manager Brent Young and our family growers invested in preserving the perfect fruit-set paid off in the uniformity of véraison amongst the clusters during July and early August.

Like the start of a new chapter, 2013 temperatures suddenly decreased to a more moderate level in August with impeccable timing. The cooler temperatures forced the season’s pace to ease up. With all of our grape varieties in the final ripening stage of development at that time, these cooler mid-summer days allowed for the berries to retain their natural acidity and develop even brighter and more concentrated fruit character, all while keeping sugar levels low; it was the best recipe for perfectly balanced grapes.

A calm with a nail-biting finale

Thorough vineyard sampling and juice tasting by the production team determined September 6 as the official start date of the 2013 harvest for our Russian River Chardonnay.  Taking place ten days earlier than in 2012, the clusters that arrived to the winery’s crush deck this year were at an unprecedented quality level according to Winemaker Rob Davis.  A heat spike in the high nineties September 6-9 set the rate of maturation in the Alexander Valley back into overdrive, bringing the first of the Merlot and Malbec grapes in on the 12th, and some of our earliest ripening Cabernet Sauvignon just two days later. Fluctuations in temperature for the remainder of harvest in addition to minor rainfall on September 21 and the 30th had us biting our nails and wondering if an Indian summer would ever come. The cooling trend and rain created somewhat of a game between Mother Nature and Rob: so much for the early-season thoughts of a pre-rain harvest. With the thinner-skinned varieties safely in the winery and well into vinification, the rain proved to be of no concern. According to Rob and his empirical wisdom fabricated through 38 harvests with Jordan, a light rain simply provides a free cleansing to the thicker skinned, later-ripening, raincoat-wearing varieties. One such variety, the Petit Verdot from the Jordan Estate, finally found its way into the winery on October 5–the week of warm, sunny days returned.

First impressions of the 2013 wines

In winemaking, quality always comes with cost and sacrifice. In 2013, what began as an ultra-high-yielding vintage, was gradually normalized through repetitive passes through the vineyards where precision viticulture techniques were applied both proactively and reactively to the season’s schizophrenic personality. Barrel samples of the 2013 Chardonnay are showing bright with the characteristic aromas and flavors of Fuji apple and Asian pear but with a balance of depth, acidity and mid-palate minerality that transcends previous vintages. Although the nearly sixty different vineyard components for the Cabernet Sauvignon blend are just in their beginning stages of development, the Cabernet Sauvignon is already exuding classic layers of cassis and cherry, a brilliant acidity and perfectly developed silky tannins. The Merlot is soft, full and round with a plush balance of red and black fruit that will play a beautiful supporting role to the Cabernet, and the Petit Verdot from the Jordan Estate is as full of ripe blueberry and violet aromas as we ever could have hoped for. The potential for the 2013 is promising to say the least; we never imagined that it could rival the 2012…Amazing! 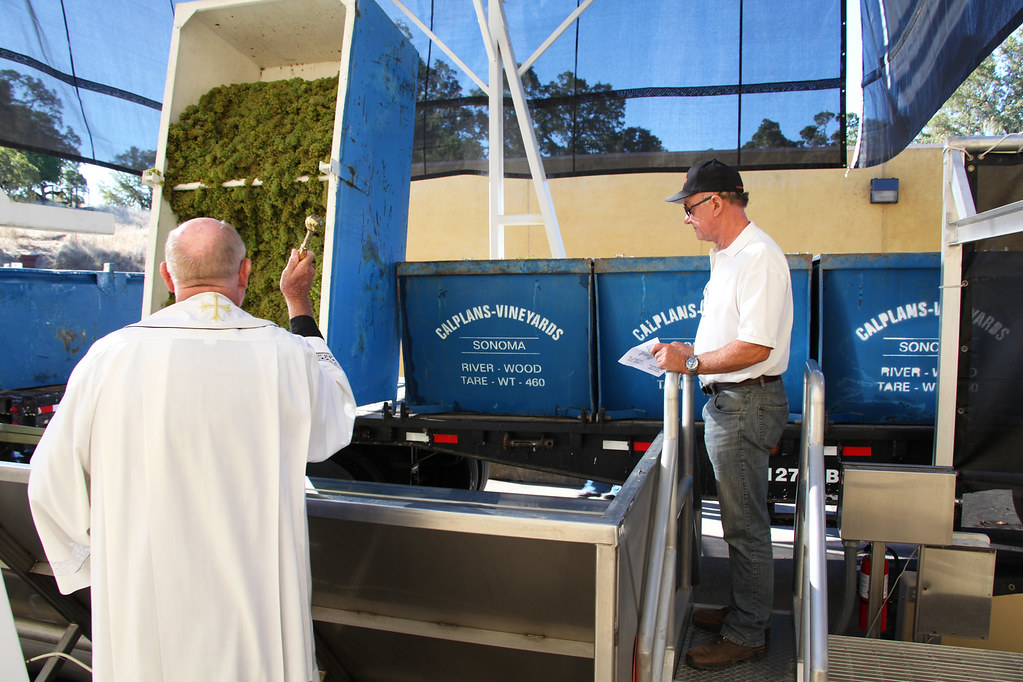 I enjoyed reading through your wine article. It’s such a detailed harvest report. Thanks for sharing.

You’re welcome. Best wishes for the approaching 2014 harvest down under.

Restaurants in New York: Five Food and Wine Trends in 2013

Jordan Regional Sales Director Courtney Cataruzolo spends most days (and nights) inside the finest restaurants in the ...