After six years of reducing our carbon footprint, we’re thrilled to announce that Jordan Vineyard & Winery is now powered by the sun. Stellar Energy just completed installation on a 454-Kilowatt solar-photovoltaic array on a steep hillside behind the winery. It consists of 1,932 modules composed of 100% American made equipment—quite uncommon in this country due to the higher cost of U.S.-manufactured products. The solar power generated is expected to offset our utility bill by 99% and save the winery nearly $4.9 million in electricity costs over the next 30 years. A web-based monitoring system allows us–and our customers–to see, in real time, Jordan’s environmental impact and solar energy produced/used.

We made the above video for Stellar to use in promoting its installation projects. The video includes time-lapse footage of the solar installation Lisa and Erin captured over the course of one month. A gallery of photographs captured during an aerial photo-video shoot with Sonoma Helicopters is also included below.

In a few weeks, we’ll release another video on our in-depth energy efficiency program. I’ll discuss a long road to energy independence and why we chose to focus on reducing our consumption first versus rushing to build a solar array back in 2006 when rebates and incentives became available. Read more about our road to energy efficiency in the 2011 edition of Estate Tales. 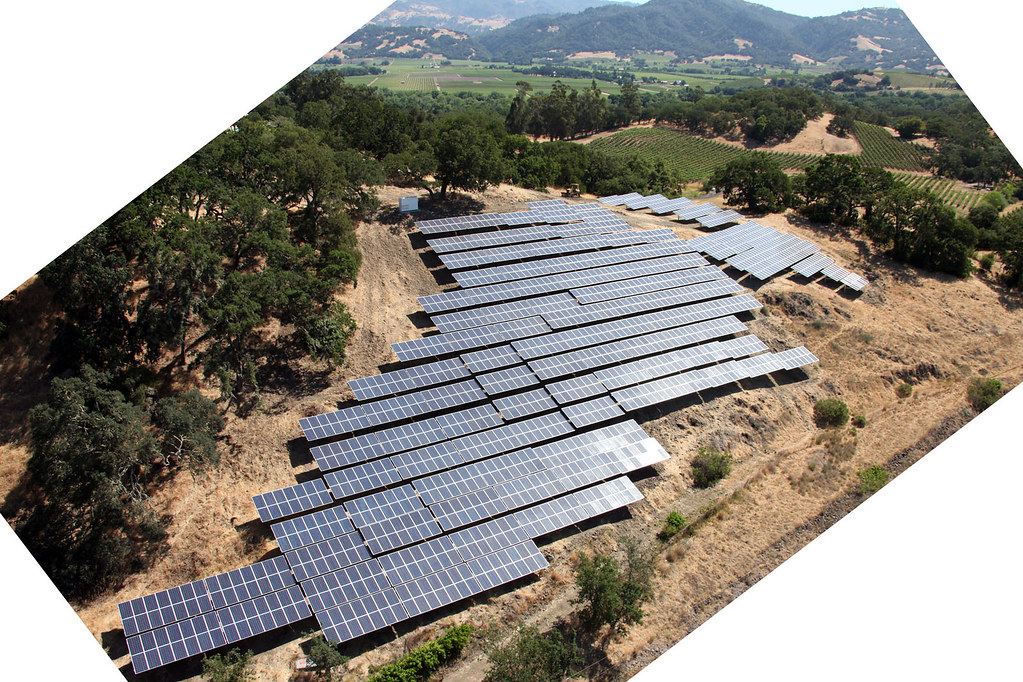 Welcome to The Journey: a message from John Jordan