We kicked off our national 40th birthday festivities with the 4 on 4 Miami Art Competition, part of a coast-to-coast, four-city initiative to marry the distinct flavors of metropolitan cities with the essence of Jordan wines and Sonoma wine country. The Bakehouse Art Complex hosted the South Florida call to entries, culminating in a one-night-only public exhibition and Jordan wine tasting presenting the top 25 pieces, a.k.a. 4 on 4 Top 25. The event took place March 29 with approximately 200 people in attendance – from Jordan and Bakehouse members to art aficionados, local tastemakers and the artists themselves. The panel of expert judges included Roxanne Vargas, co-anchor of NBC Miami’s “Live Miami;” Nina Johnson, director at Gallery Diet; Susanne Birbragher, associate publisher of ArtNexus; and Chef Michael Schwartz, proprietor of Michael’s Genuine Food & Drink. The anticipation was palpable as the judges handed in their top three choices. 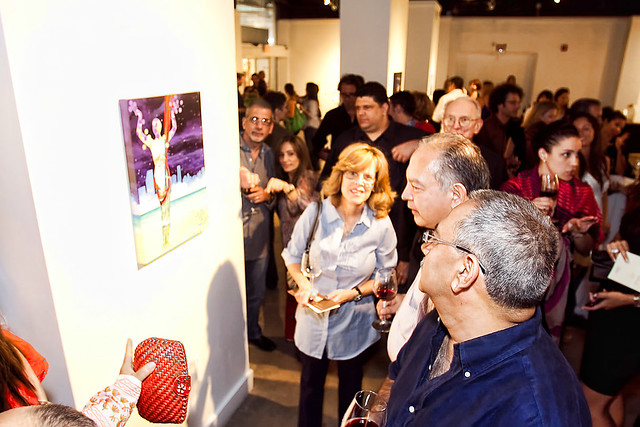 The grand award winner of the 4 on 4 Art Miami was Jordan Wine Goddess by artist and graphic designer Jeannette Aquino, who had not picked up a paint brush in two years. Oddly enough, Aquino’s piece almost didn’t make it into the competition, as the artist did not include her contact details with the submission, sending the Jordan team on a wild, but successful, hunt for Jeannette via Google search. Aquino won $5,000, and her work of art will be transformed into a limited-edition piece for Jordan’s loyal South Florida fan base. First runner-up honors went to Casey Mae Wright’s Guard on Duty. Timing couldn’t have been better for Wright, a sculptor who had heard of the competition upon returning from a year-long visit to Tuscany, Italy. Inspired by the picturesque vineyard tucked away in the rolling foothills of Alexander Valley, Wright created a piece that “brought wine country to Miami,” while melding her recent experiences from Europe to create a truly memorable piece. Wright was presented a check in the amount of $2,000. Gerry Stecca’s Thru the Vines took home the second-runner up prize of $1,000. Stecca, a Bakehouse member artist whose highly regarded sculptures have been exhibited by such notable institutions as the Frost Art Museum, created a vibrant painting with the winery chateau nestled amongst grapes and wine bottles. Patrons got to vote as well, via an online ballot accessible through smart phones at the event. The People’s Choice went to Relaxing by the Beach with Jordan by former Bakehouse member artist Armando Chacon. 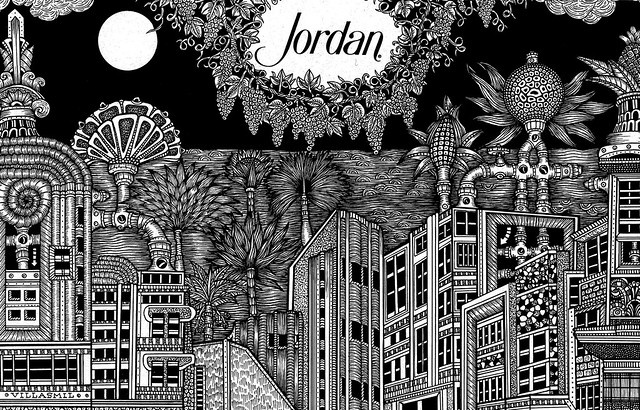 “The wine business is all about relationships, and when you’re not working to maintain them, you should be building them,” said John Jordan, chief executive officer and proprietor of Jordan Vineyard & Winery. Jordan did just that as he flew in to meet with a bevy of clients, media and friends for the retrospective wine tasting on April 2. Winemaker Rob Davis, who has crafted every vintage of Jordan, engaged guests with his vivid descriptions of each vintage, some so rare such as the inaugural 1976, they are saved for the utmost special occasions. The third and final component was an exclusive poolside cocktail party at the uber-chic Soho Beach House, also held on April 2. More than 100 guests mingled as they sipped on Jordan wines, and indulged in delectable fare that fused Latin cuisine with California wine country ingredients from Jordan’s Executive Chef Todd Knoll. John Jordan and the Jordan staff greeted party-goers, which comprised media, esteemed clients and local movers-and-shakers. Guests even posed for photos “in wine country” via  an interactive green screen photo booth by the bar. In addition, the winning artists were recognized again and displayed their works for party guests. 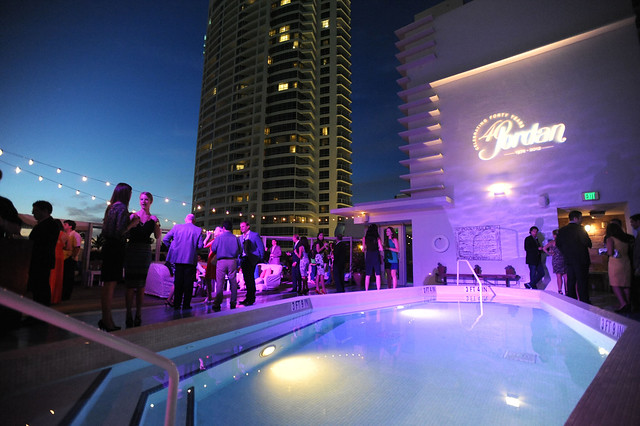 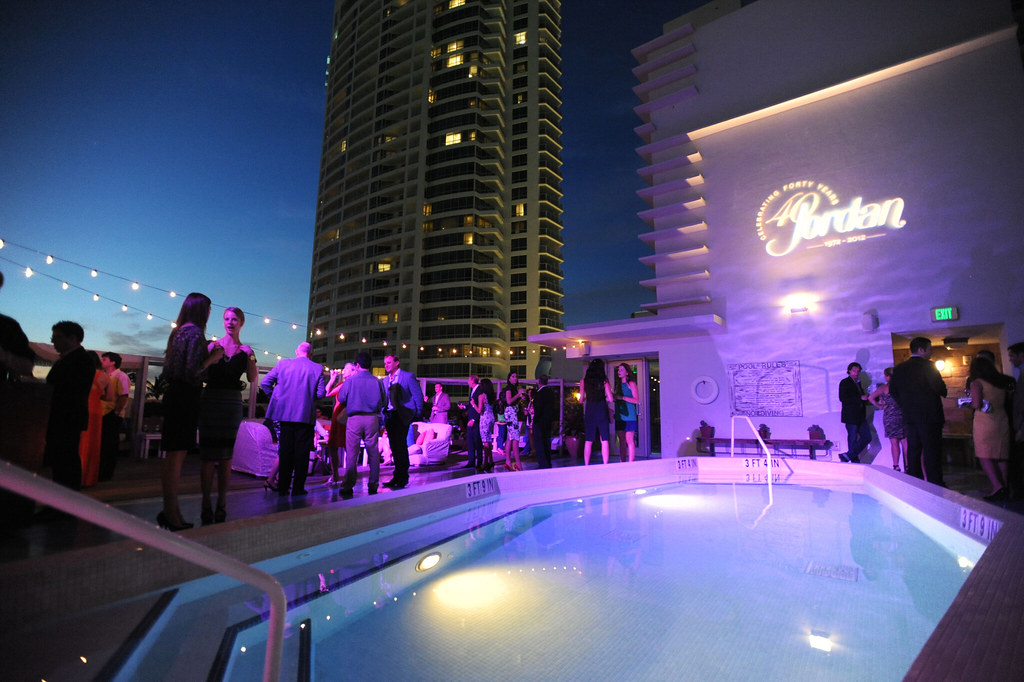 […] miss our other 40th anniversary celebration highlights from Miami, New York and Los […]

In honor of its 40th anniversary, Jordan Vineyard & Winery awarded $8,000 in cash prizes to Southern California ...