Because food is an essential part of the Jordan experience (both at the winery and hopefully in your home), Executive Chef Todd Knoll seasonally creates new recipes that pair nicely with balanced, elegant Chardonnays and Cabernet Sauvignons, like those made at Jordan. These recipes are showcased at our estate events, during meals for Jordan Estate Rewards members, on our website for home cooks and also in cookbooks.

Last week, we had the opportunity to create some recipes and style them in three separate food photography shoots. All three shoots are captured in this behind-the-scenes video.

With inspiration from a new Vollrath fryer, Chef Knoll, who grew up in Hawaii and loves flavors from Asian and the Pacific, developed a Fava Leaf Tempura recipe, which will be featured on the Jordan website later this summer. For the home chef, Chef Knoll recommends the Cayenne Countertop Fryer—it conveniently uses a standard electrical outlet—and he recommends rice oil for frying.

Another new Chef Knoll creation is a Hoisin Duck Breast with White and Green Asparagus, which was conceptualized for the first addition of Decanting Sonoma: The Cookbook, which is expected to debut in 2011. Local photographer Robert Holmes was asked to capture the beauty of the plated duck with a bottle of Jordan Cabernet Sauvignon, as the cookbook will include wine pairings with each recipe. The photo selected by Decanting Sonoma’s author will be exclusive to her book, but here’s one of the shots we took with our Canon 5D during the shoot.

A selection of the photographs we took (while professional photographer Robert Holmes was clicking away nearby) can be found on Flickr. If you’re interested in trying the Hoisin Duck recipe, a copy is posted on our Facebook page notes tab. 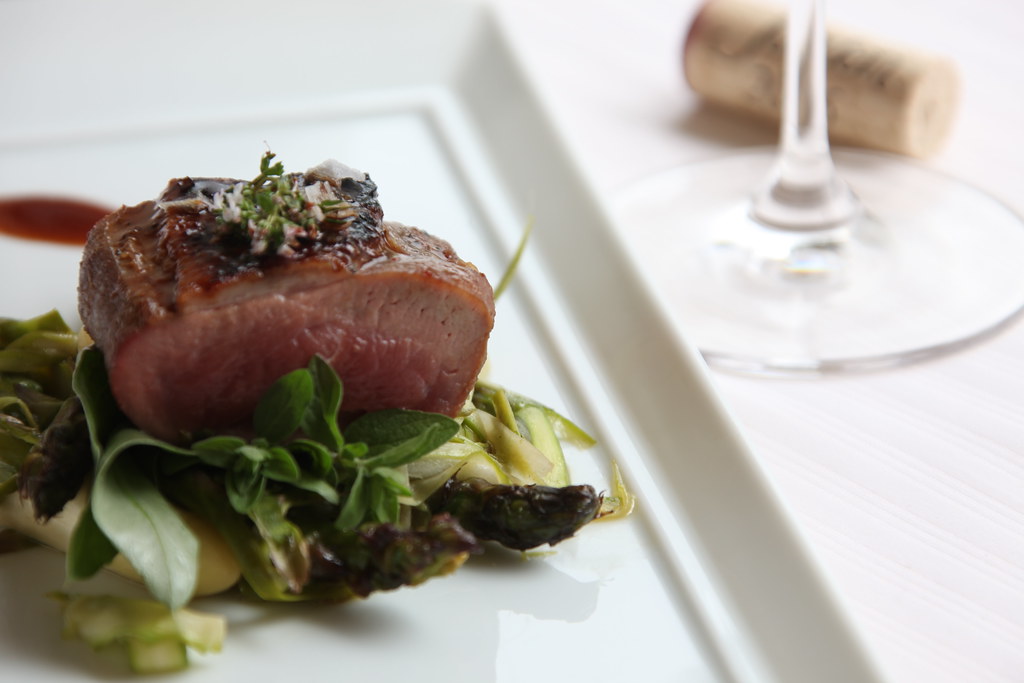 Nitsa Knoll discusses event planning and highlights from the May 1 Spring at Jordan event, which was inspired by “ ...