A well-regarded wine magazine is publishing a story about wine country cheesemakers and the wineries who partner with these local creameries to offer cheese and wine pairing tastings. Because Todd (our chef) and Nitsa (his wife and our hospitality director) put the same artistic passion into styling food as they do into making it, we often conduct our food photography shoots in-house rather than hiring a professional photographer.

Utilizing the Canon 5D Mark II that captures our video footage, we staged and photographed an artisanal cheese display, which included the local cheeses we serve daily in our seated tastings. We placed a table under the chateau’s covered alcove that opens to our terrace only on one side, so that we had natural but indirect light. I turned the aperture down on the camera to about 5.0, and manually focused on the handle of the knife. Then we let the afternoon sun shine a little on the left edge of the table. When the sun was too bright, we placed a white bounce card next to the cheeses on the lit side of the table (left) to help diffuse the sunlight.

The above image wasn’t selected by the magazine, but it was one of our favorites due to the natural light hitting the cheese on the left and the knife handle.

Some of the highlights from the photo shoot are viewable on our Flickr page. The last five close-up shots with the Jordan Cabernet bottle centered amongst the cheeses were shot with a Lensbaby. We also used a macro lens for the extreme close-ups of the quince, Jordan Estate Extra Virgin Olive Oil and Cowgirl Creamery Mt. Tam shots. 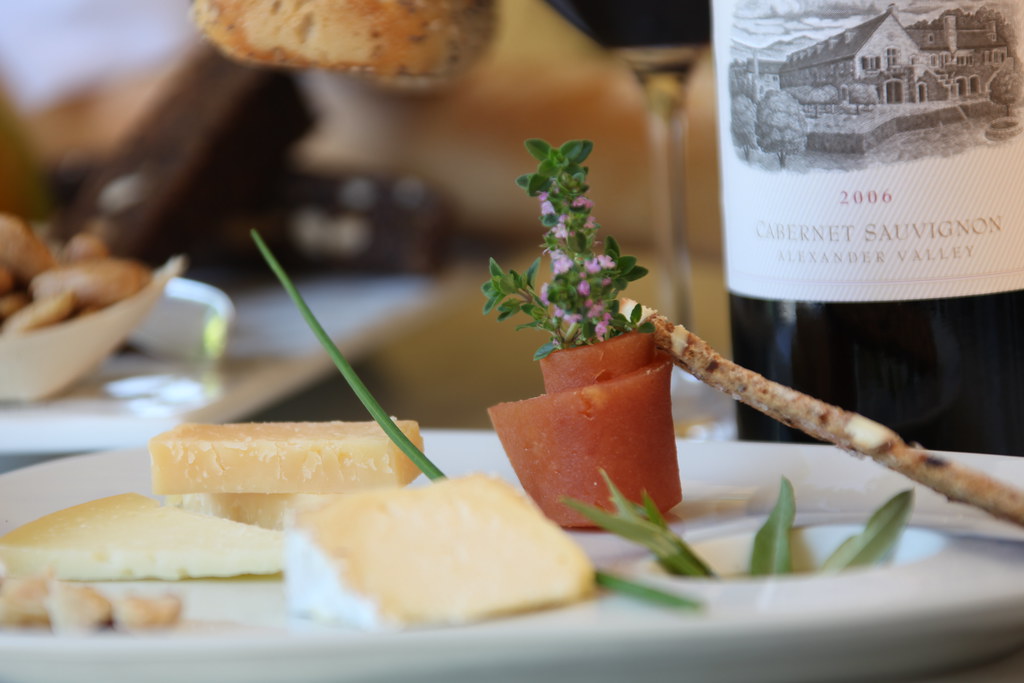 […] week, we had the opportunity to create some recipes and style them in three separate food photography shoots. All three shoots are captured in this behind-the-scenes […]

One of the key parts of sustainable farming is growing cover crops. Cover crops benefits are vast; they promote ...